With each medium, Taos watercolor artist Susan Pasquarelli selects a process involving gradual change. This allows for chance to be fundamental to the finished visual image, such as the layering of watercolor washes into light and shapes, the individual pictographs within the overall grid format, or the gradations of color interacting with figurative elements in the gouache paintings. 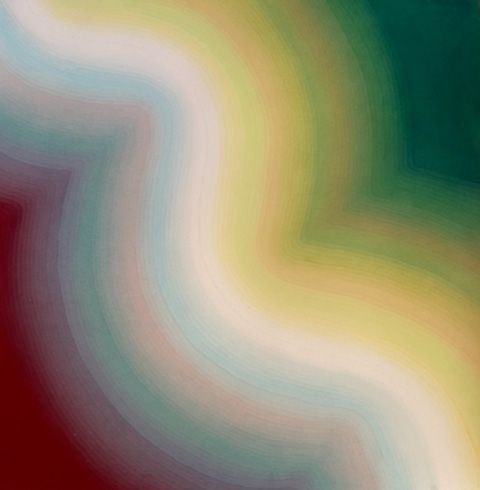 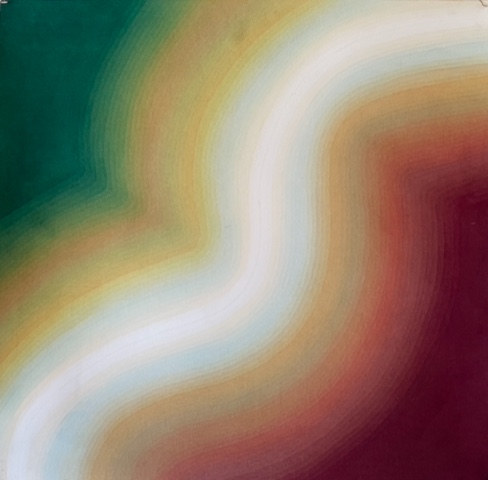 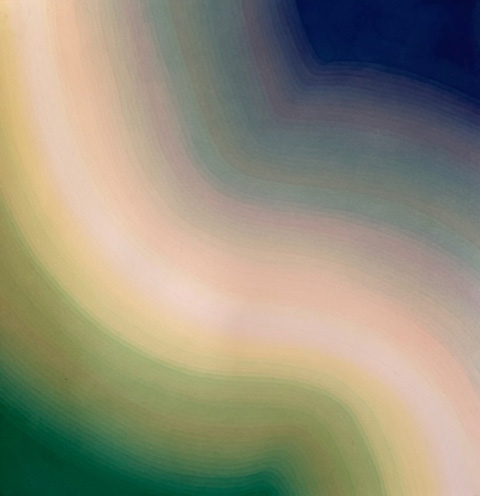 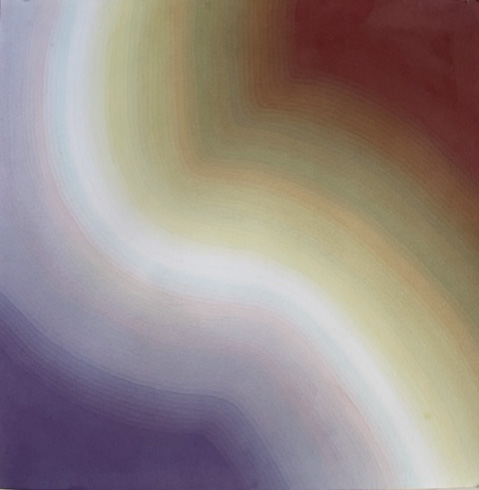 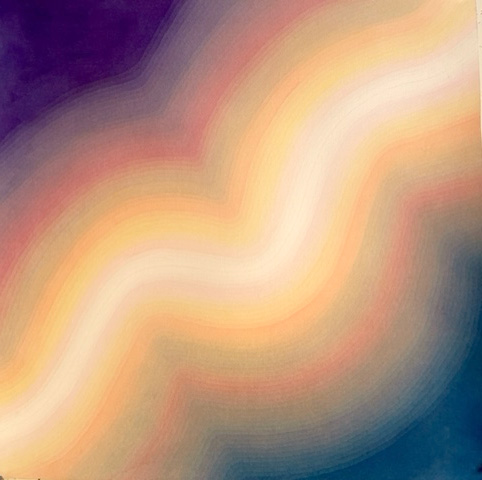 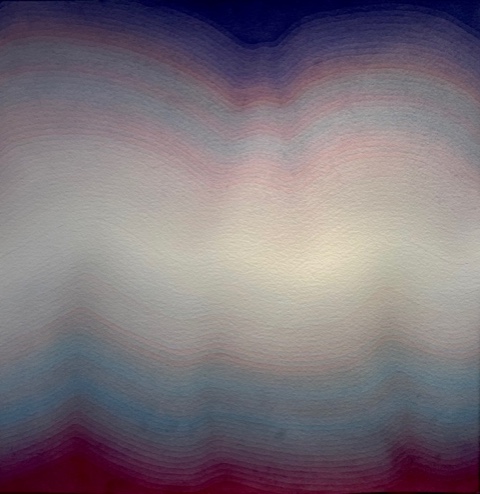 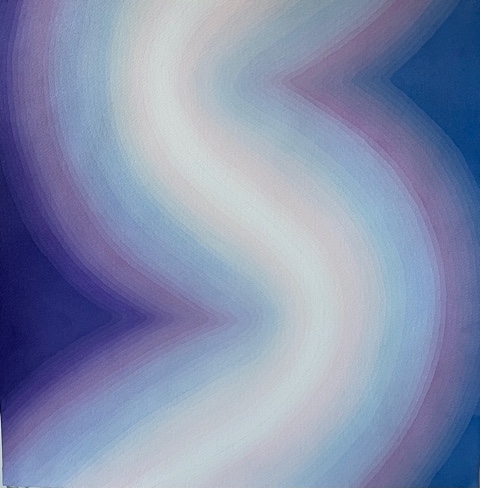 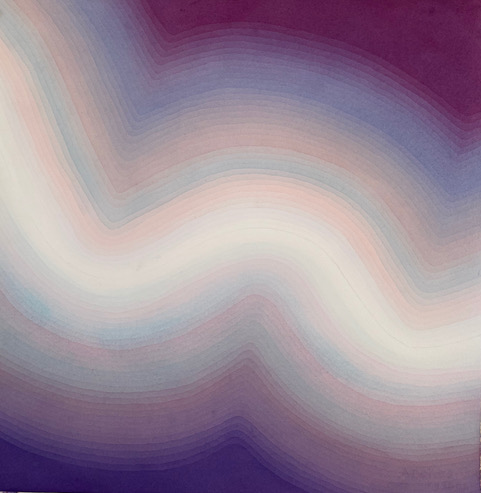 Making art provides a means to spiritual regeneration. It encourages me to work and live in tune with the energies of life, whether inspiration is external or internal. With each medium I select a process involving gradual change. This allows for chance to be fundamental to the finished visual image, such as the layering of watercolor washes into light and shapes, the individual pictographs within the overall grid format, or the gradations of color interacting with figurative elements in the gouache paintings. It is important to remain open and accepting as each painting evolves. This provides an opportunity to learn something about myself, my work, and perhaps nature in general. Sometimes the imagery is very complex and dissonant, and sometimes a painting resonates with clarity and simplicity. The idea is not to settle on evoking one state or another, but to say yes to the fluctuating energies that exist within and around us.

I think of myself as a working artist and integrate my daily life with the discipline of painting and drawing. Regular work habits help to keep me open to receive and explore ideas. I believe that making art can be a way to manifest aspects of nature that are often beyond the merely perceptual or decorative. My paintings are not literal compositions of landscapes with trees and sky, although throughout there are schematic signs that point to these themes. I like to think of my work as reflecting nature, a part of the process of nature in its various forms. As the art historian Anada Coomaraswamy writes: “Like nature, not in appearance, but in its manner of operation.” As a painting develops, the careful process I follow allows for a welcome detachment that also gives me a sense of freedom to observe the piece as it slowly takes shape. My intention is to make a personal vision that communicates universally. I hope to produce visual images that resonate and have presence.

From the Harwood Museum lecture, 2005:
When I moved to Taos and realized that I am now living in the landscape that I have delegated to the level of myth, I felt overwhelmed. I kept saying to myself, “What am I going to do with this?” Thinking about the power of the natural world reminds me of the responsibility we have as artists to engage with the profundities of life around us—not the next trend or particular style or taste—but these awesome realities of life now. I believe that Ad Reinhart’s admonition that “art is too serious to be taken seriously” is true, but I also think that there needs to be more rigor and deep questioning today on the part of both artist and viewer. We need to look beyond easy value judgments to find the authentic artistic voices that are around us, even if they are jarring and uncomfortable. As an artist, I believe it is necessary to find one’s own artistic vision—not with arrogance, but with humility—and to take responsibility for it. There is still much work to be done.

Born and raised in Southern California, Susan received her BA in Art History from the University of California, Berkeley. In the 1970s she moved to Philadelphia, Pennsylvania, where she commuted to graduate school at Brooklyn College in New York. It was there that she studied drawing and painting with Lee Bontecou, Phillip Pearlstein, Lois Dodd, and Alan D’Arcangelo among others. After receiving her MFA in 1982, she began showing her work regularly as well as teaching drawing and painting for twenty years at various colleges in the Philadelphia region, including fourteen years at Philadelphia University.

Shortly after moving to Taos, New Mexico, from Philadelphia in 2004, Susan was awarded a three-month residency at the Harwood Museum of Art (January-April 2005). Her work has been shown in museums and galleries throughout the U.S.—including twenty solo exhibitions in New Mexico, Pennsylvania, and Washington DC—and her work is held in numerous public and private collections. She has also received several fellowships and awards, including three first place prizes in competitions in Pennsylvania, New Jersey, and Maryland, and a Visual Arts Fellowship from the Pennsylvania Council on the Arts.