With his plein air easel strapped to his back, the young artist Nathanael Gray hikes the landscape exploring the remote beaches along the northern shore and the vast coastal mountain range along the west coast. 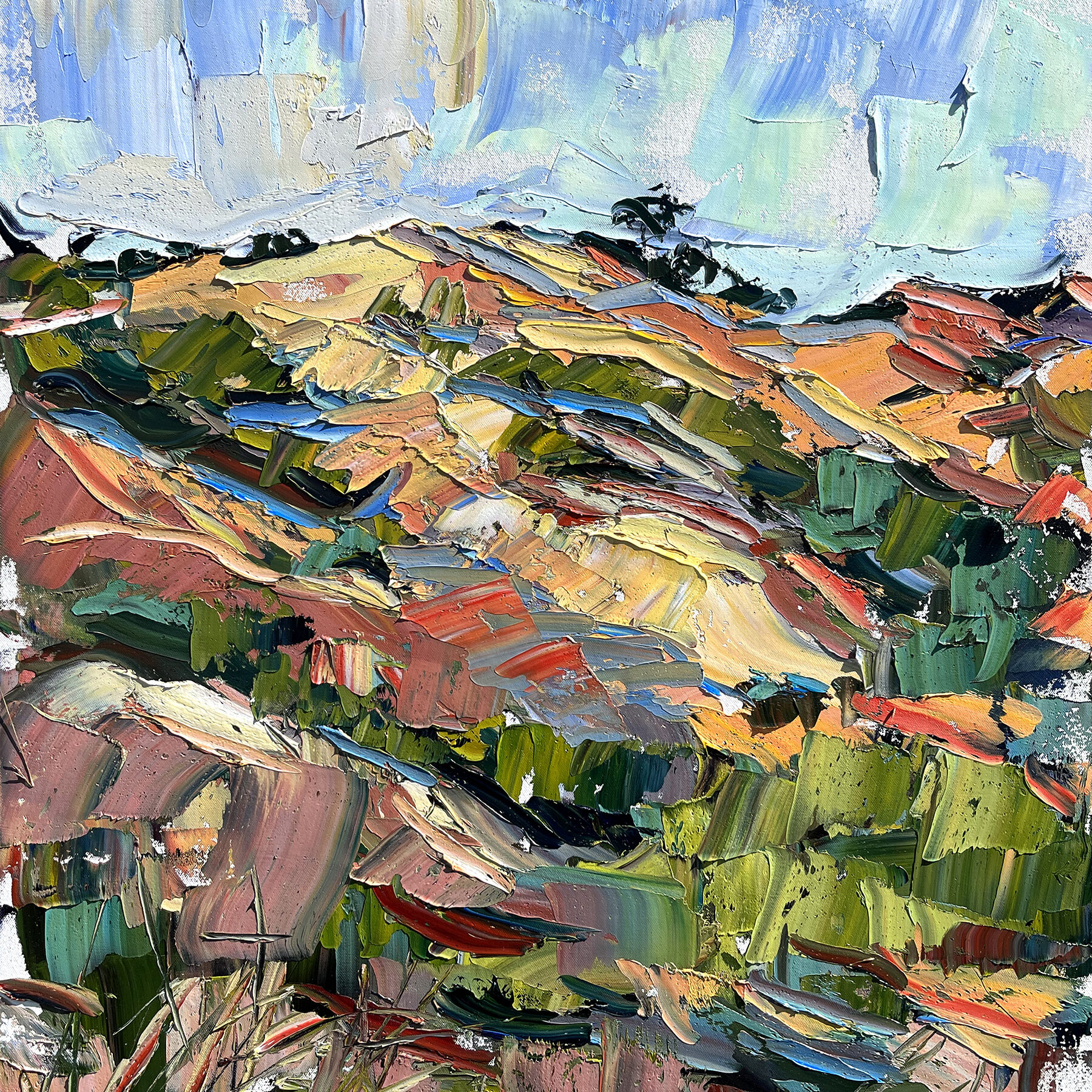 A Little Tree Atop the Hill 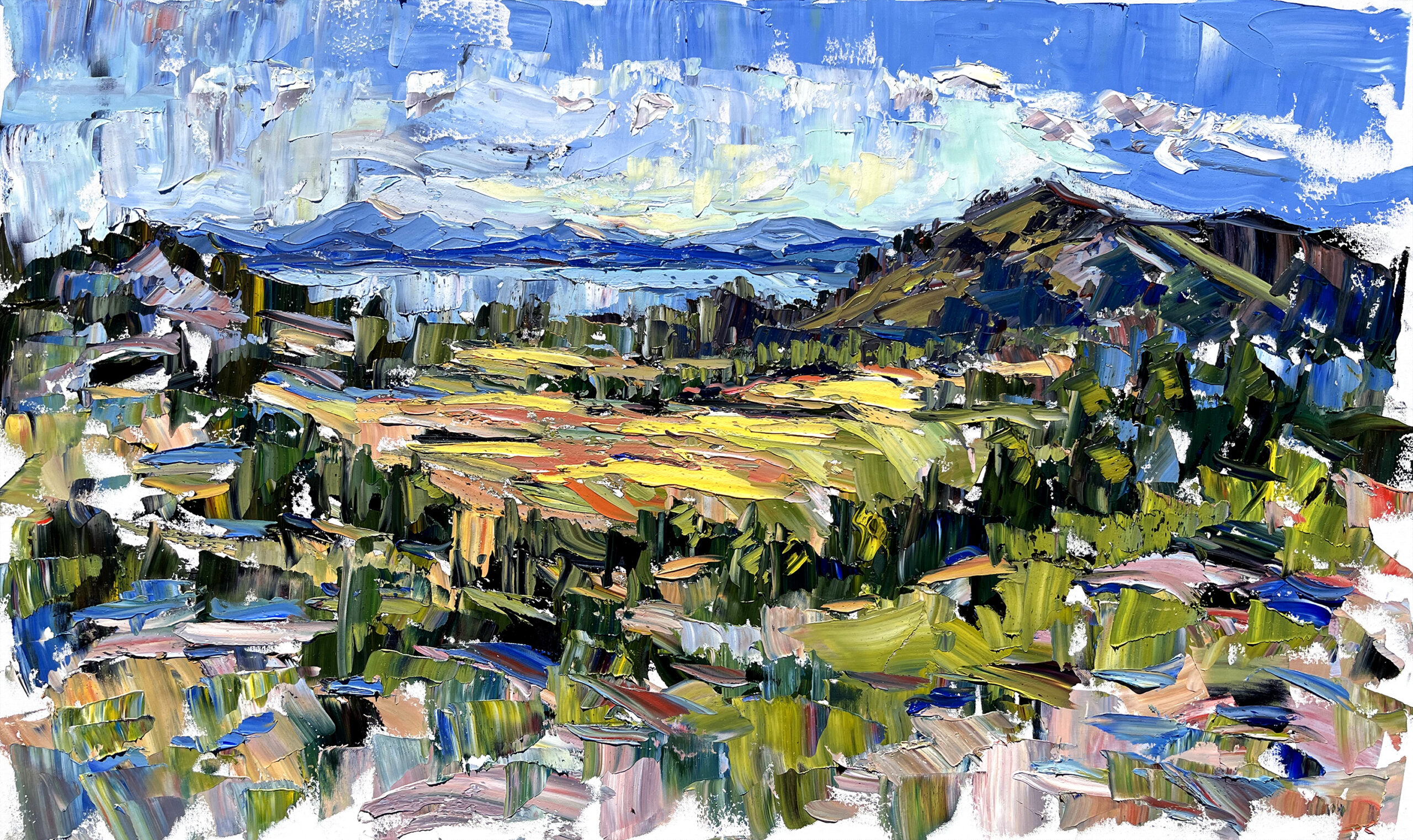 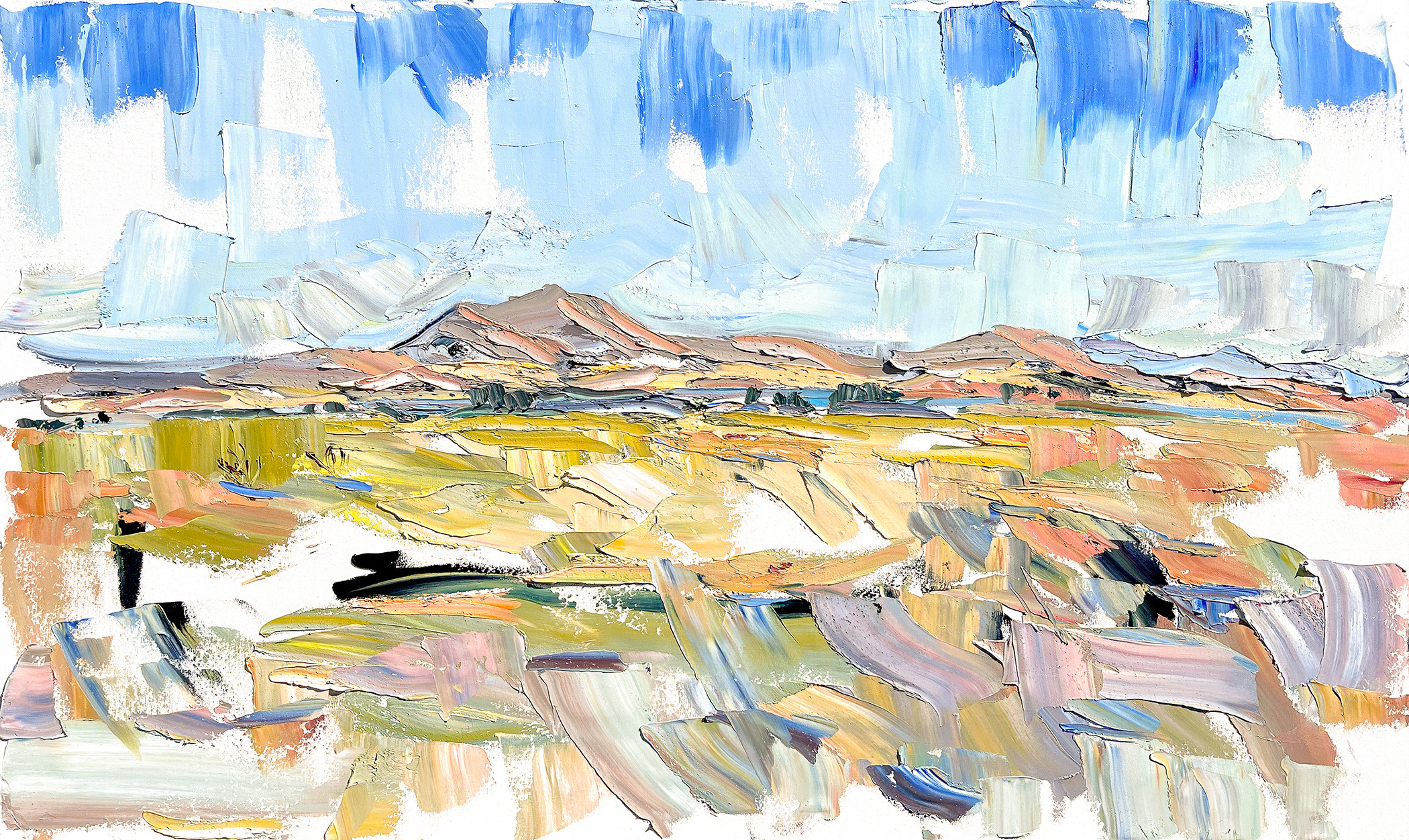 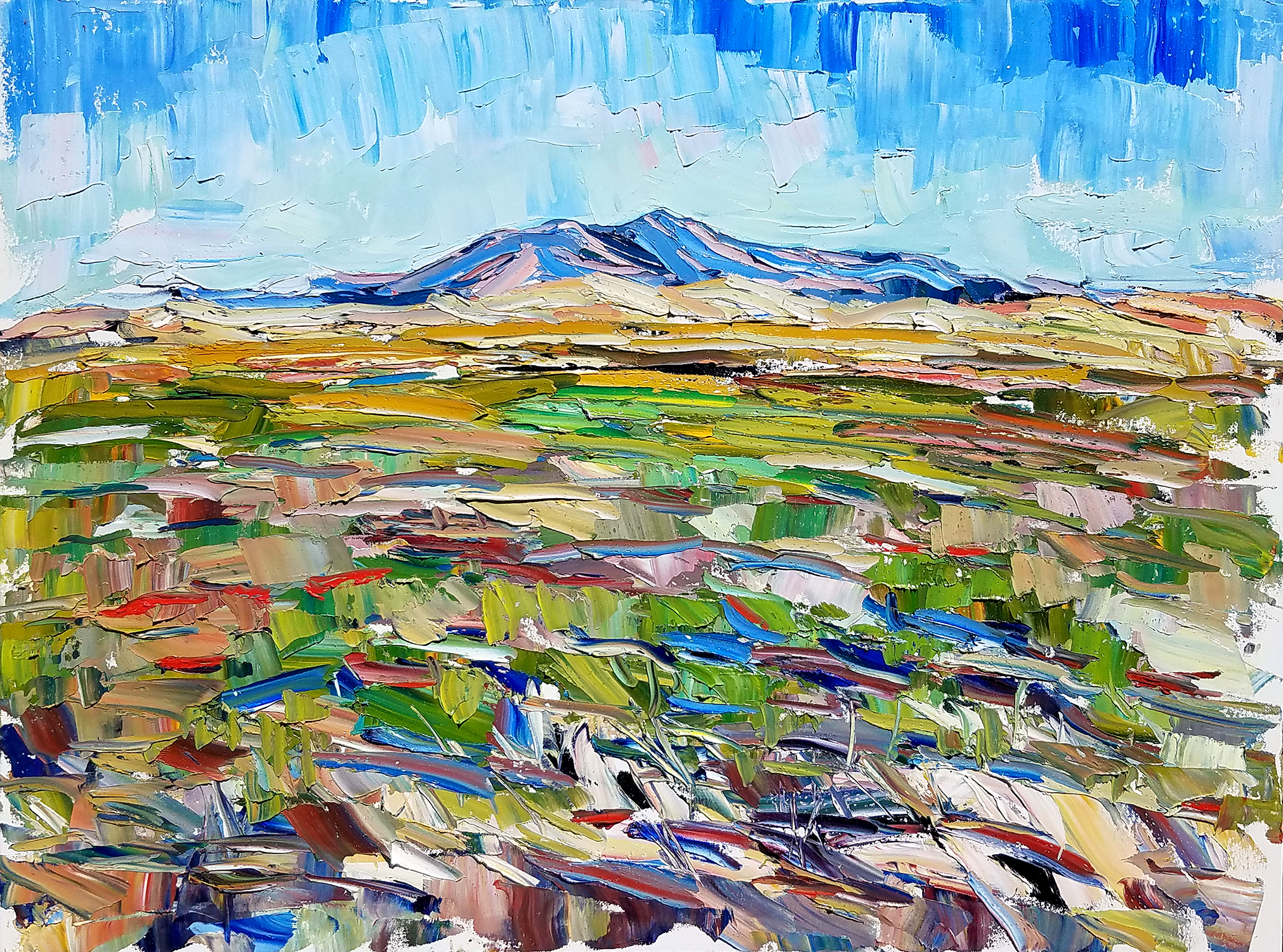 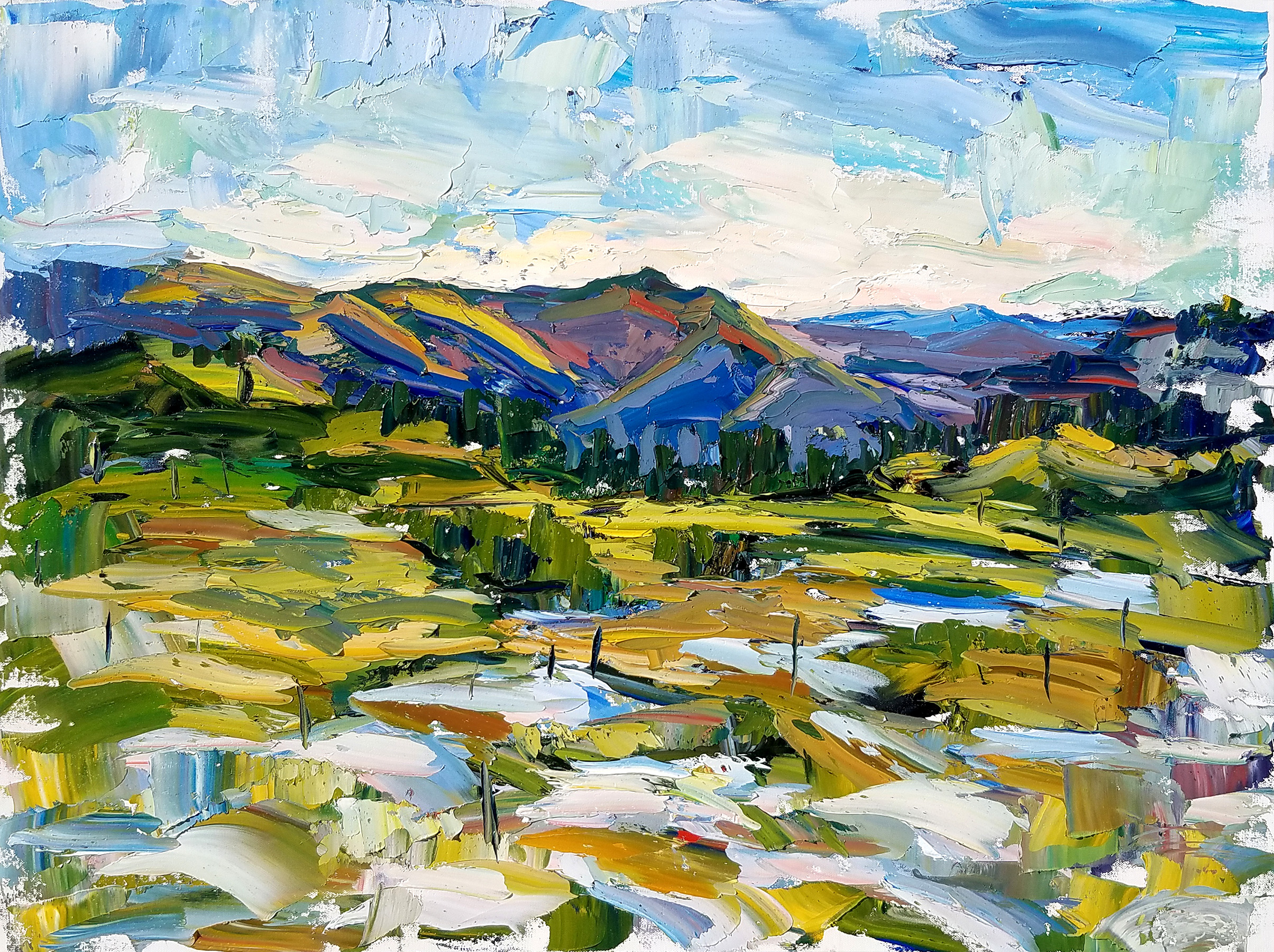 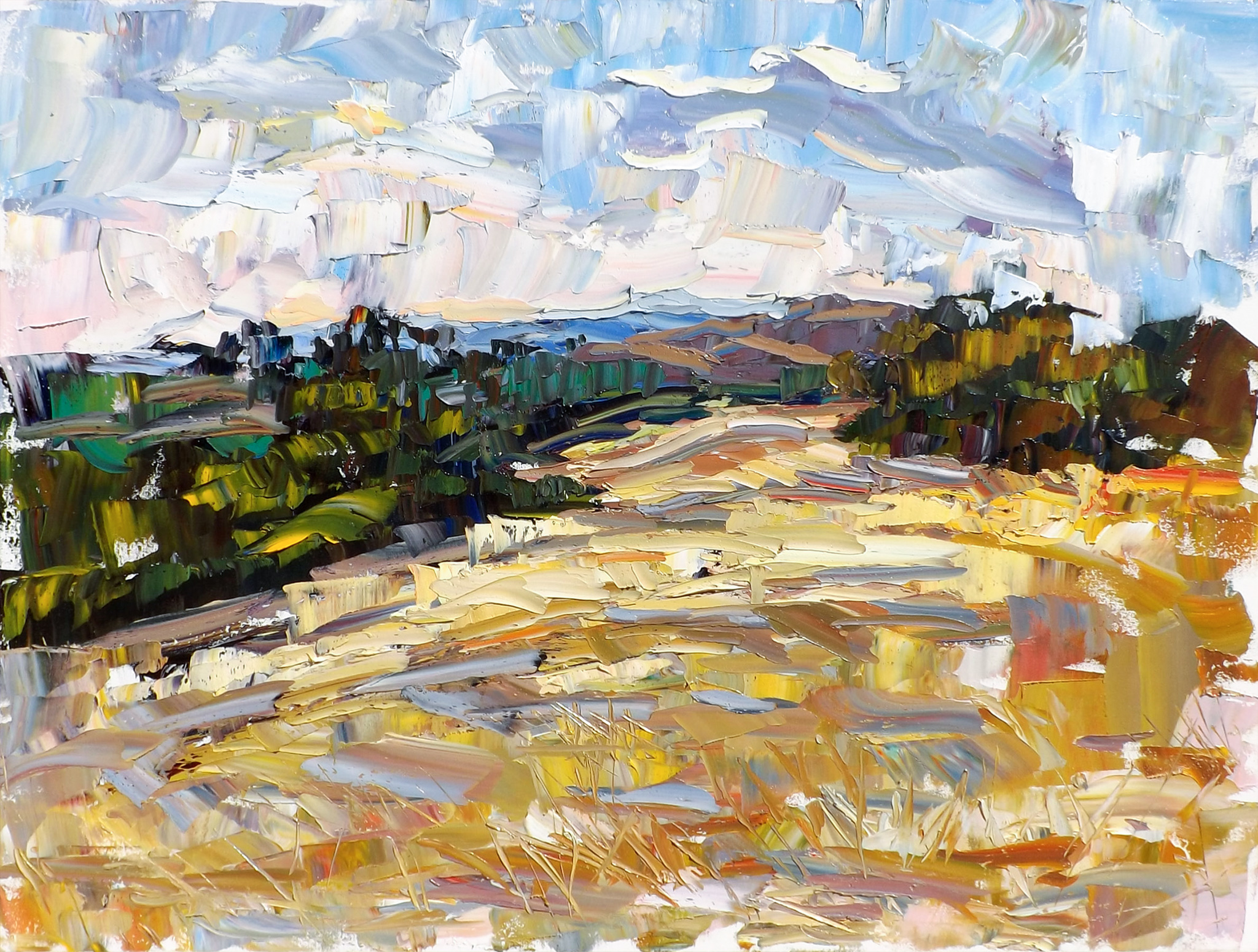 Snow in the Caldera 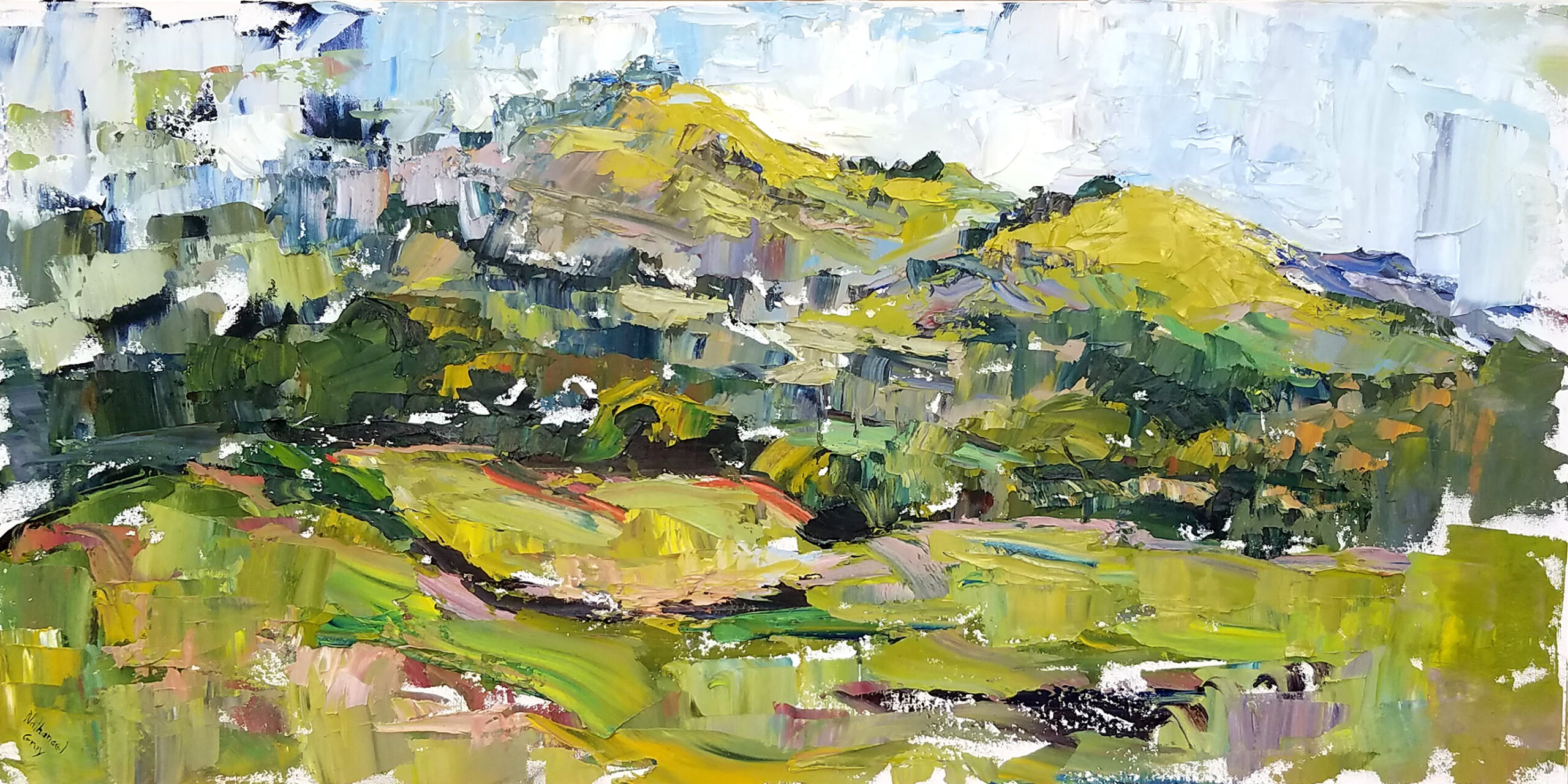 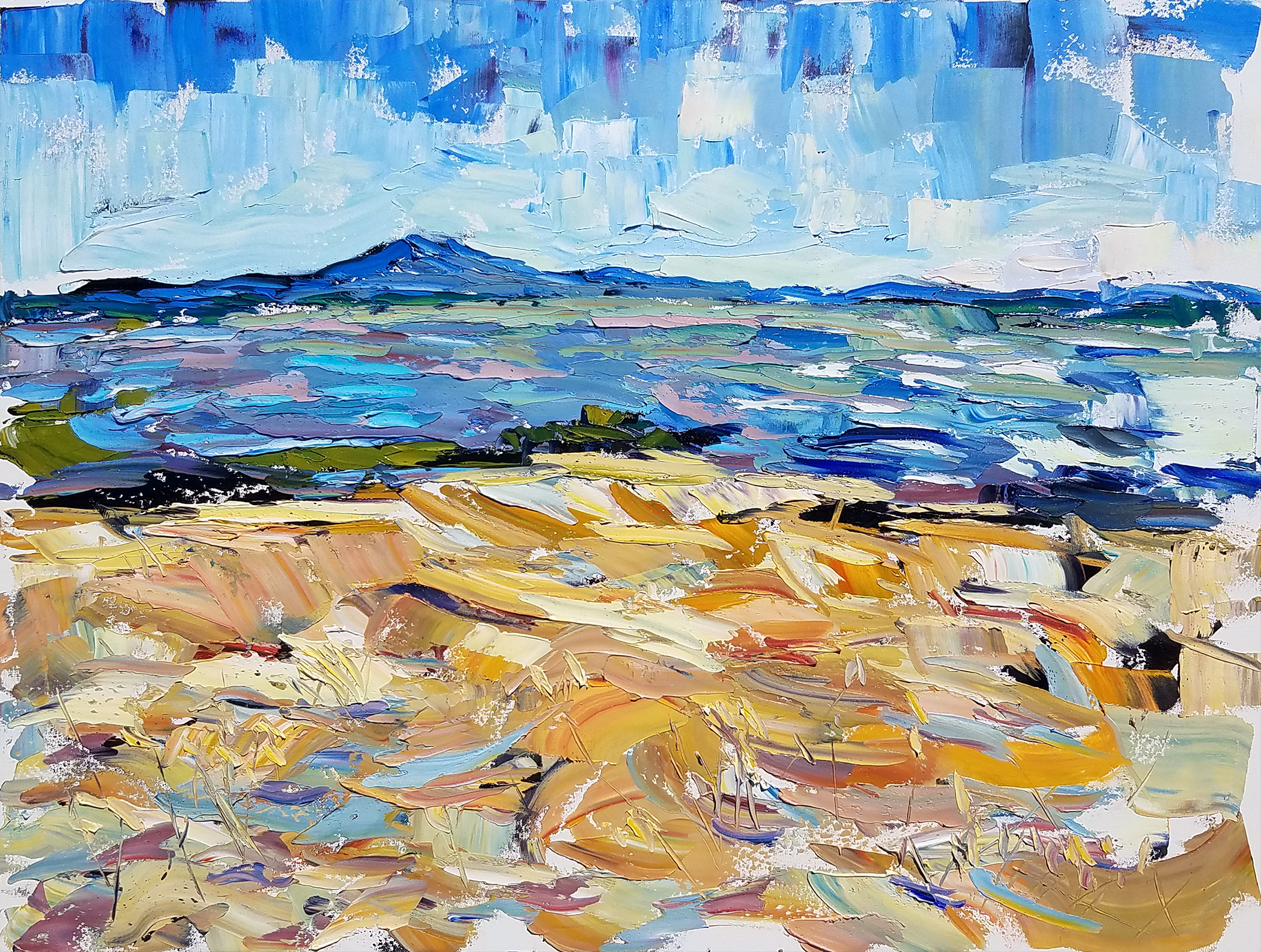 Down to the Bay 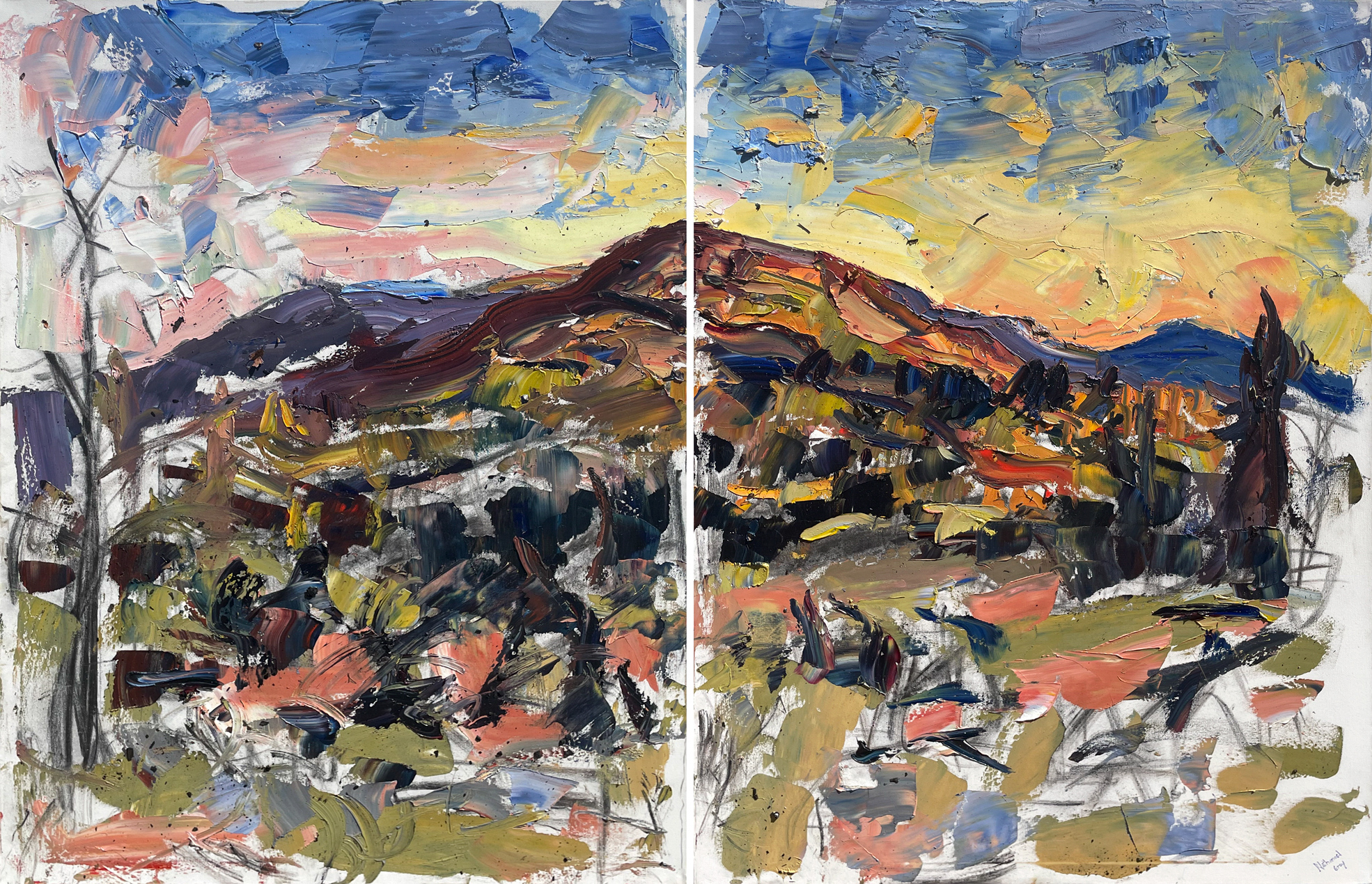 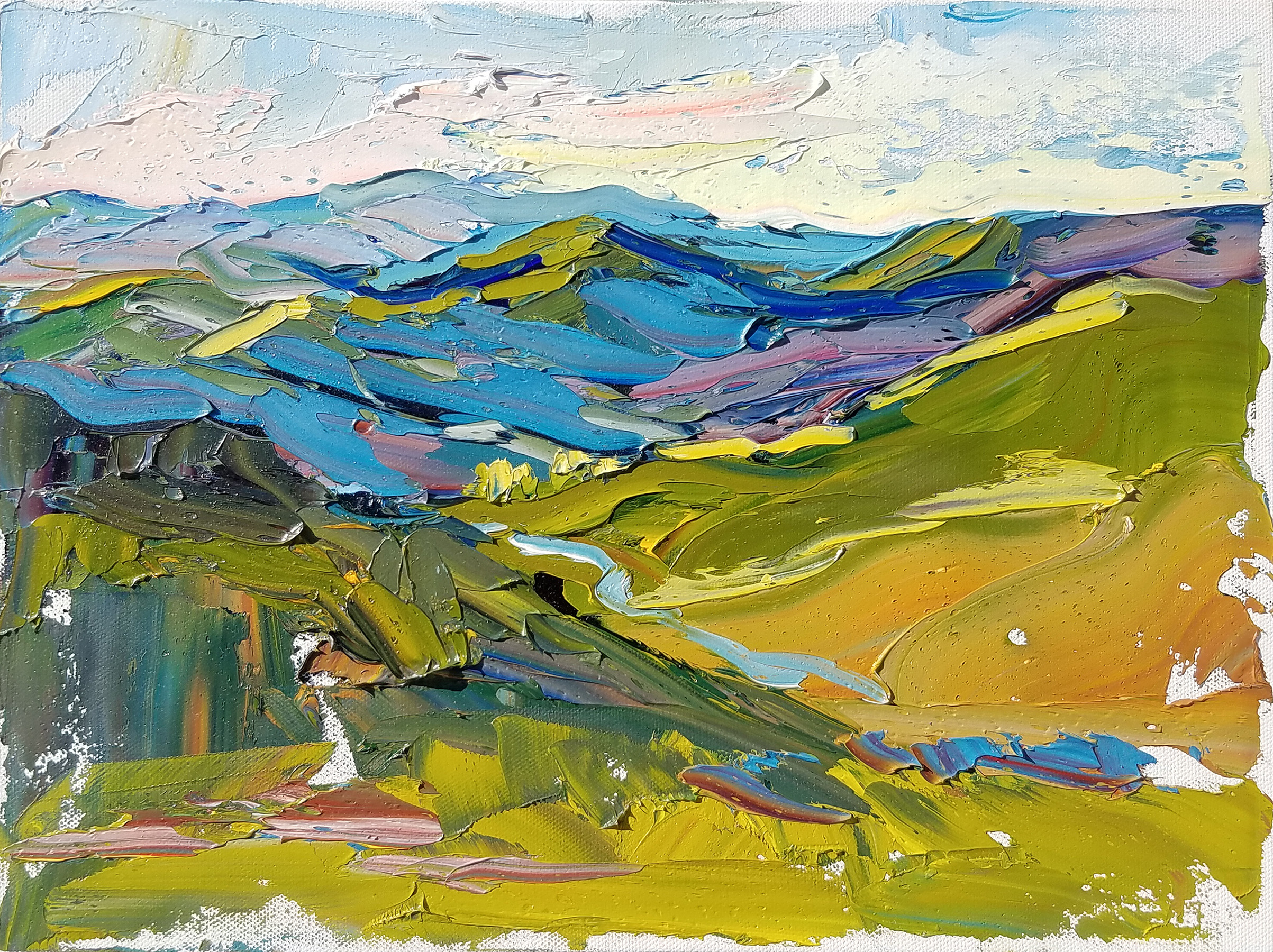 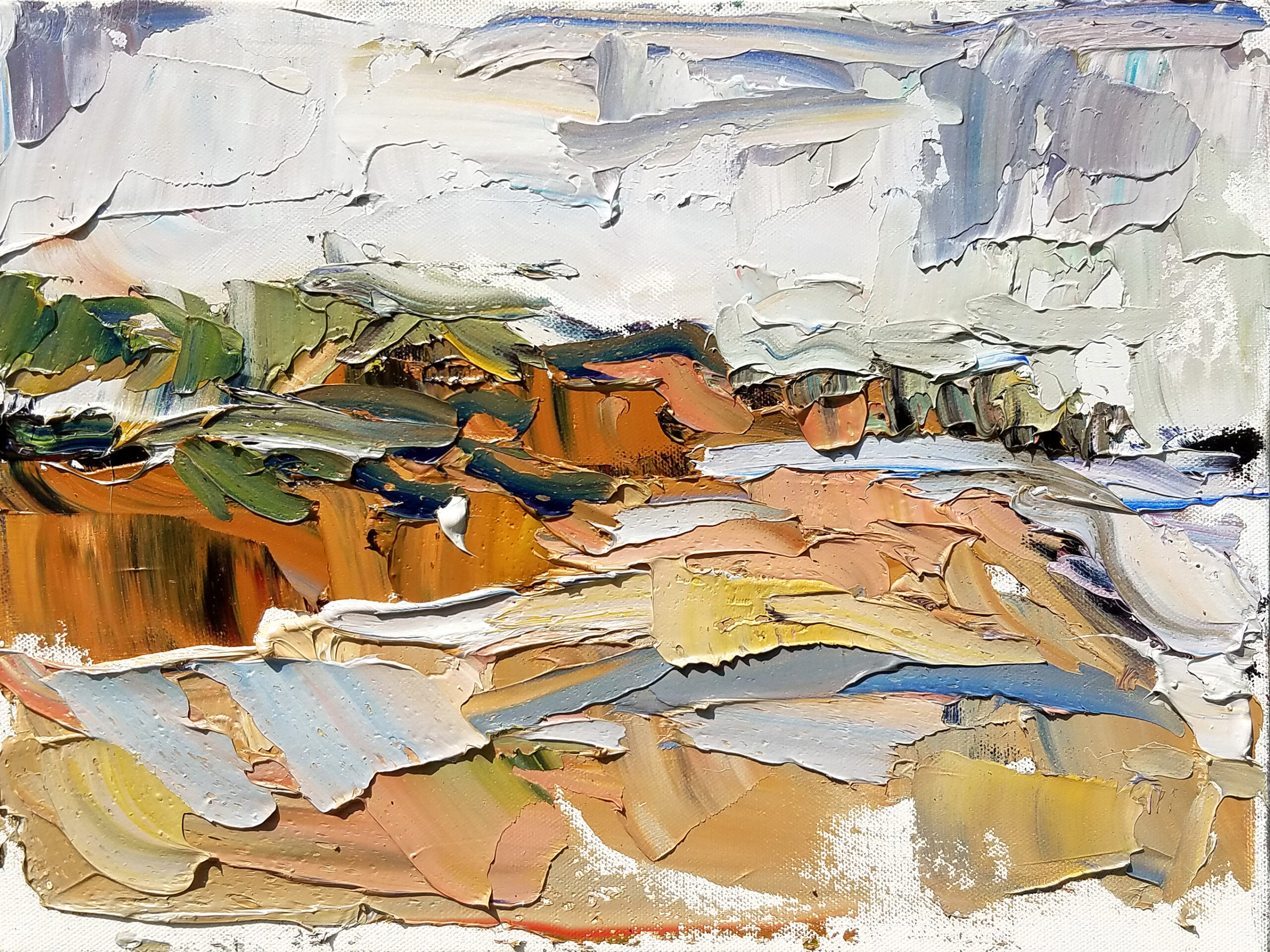 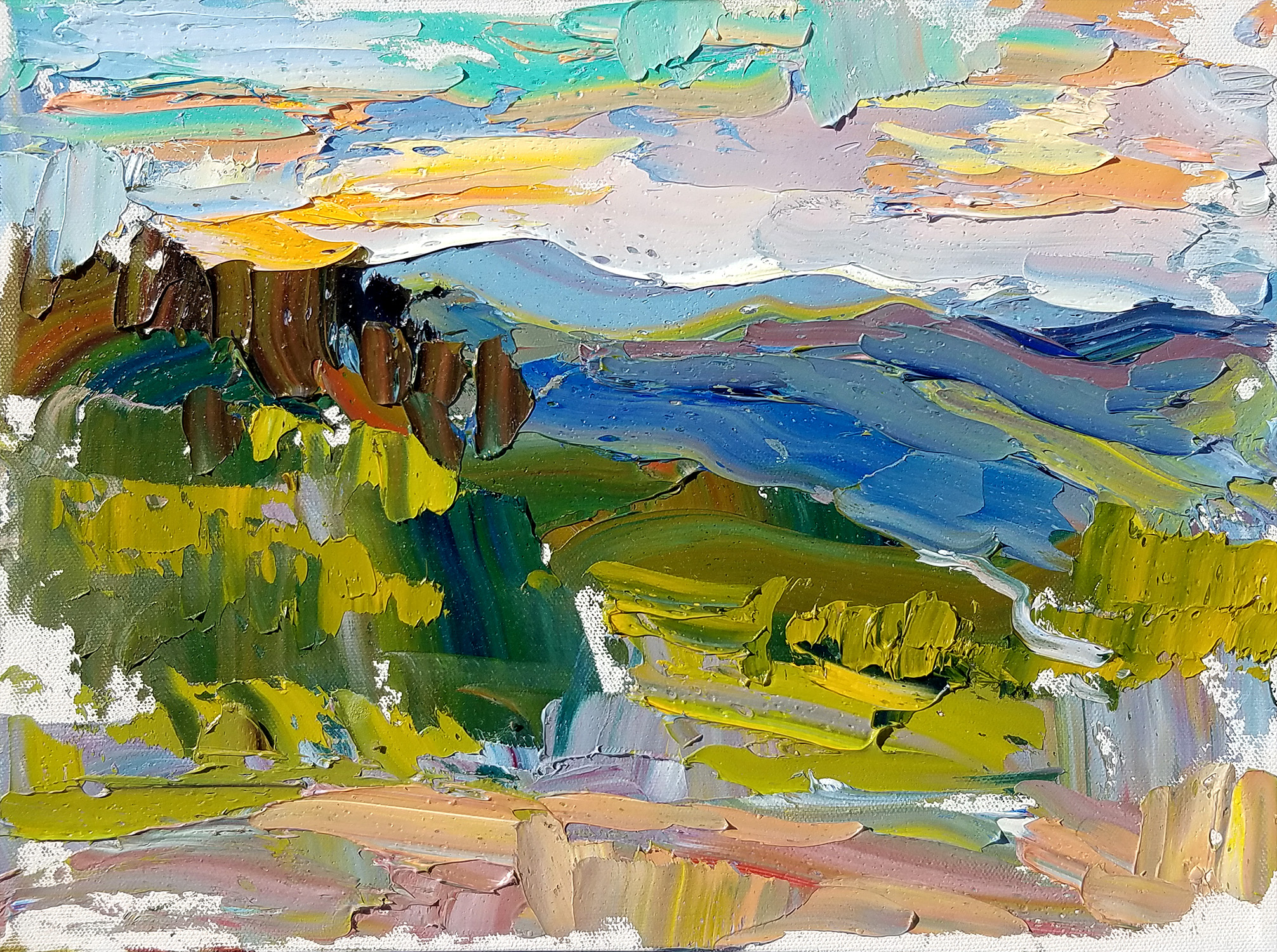 A Perch to View the Valley 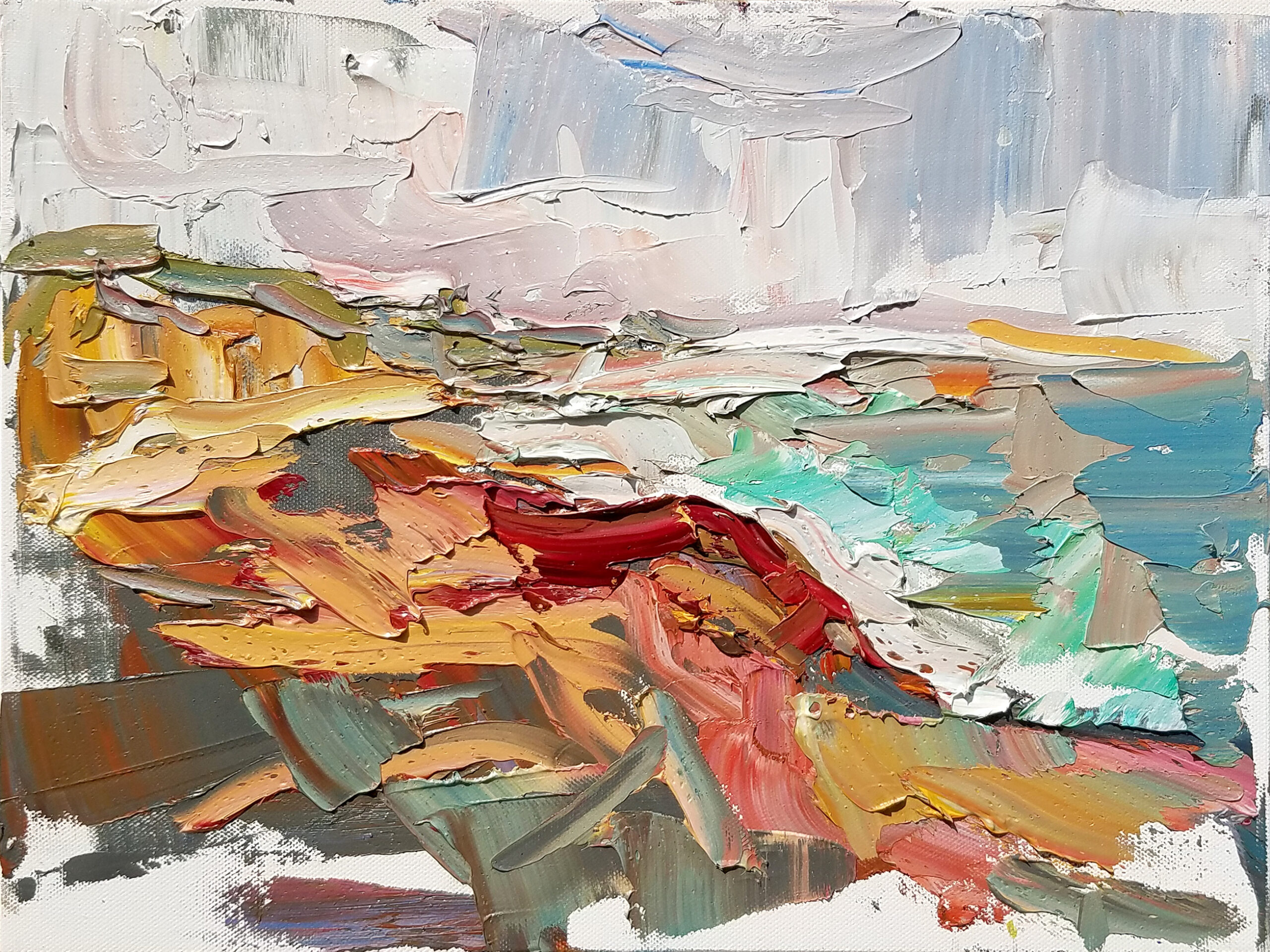 Sunset in the Fog 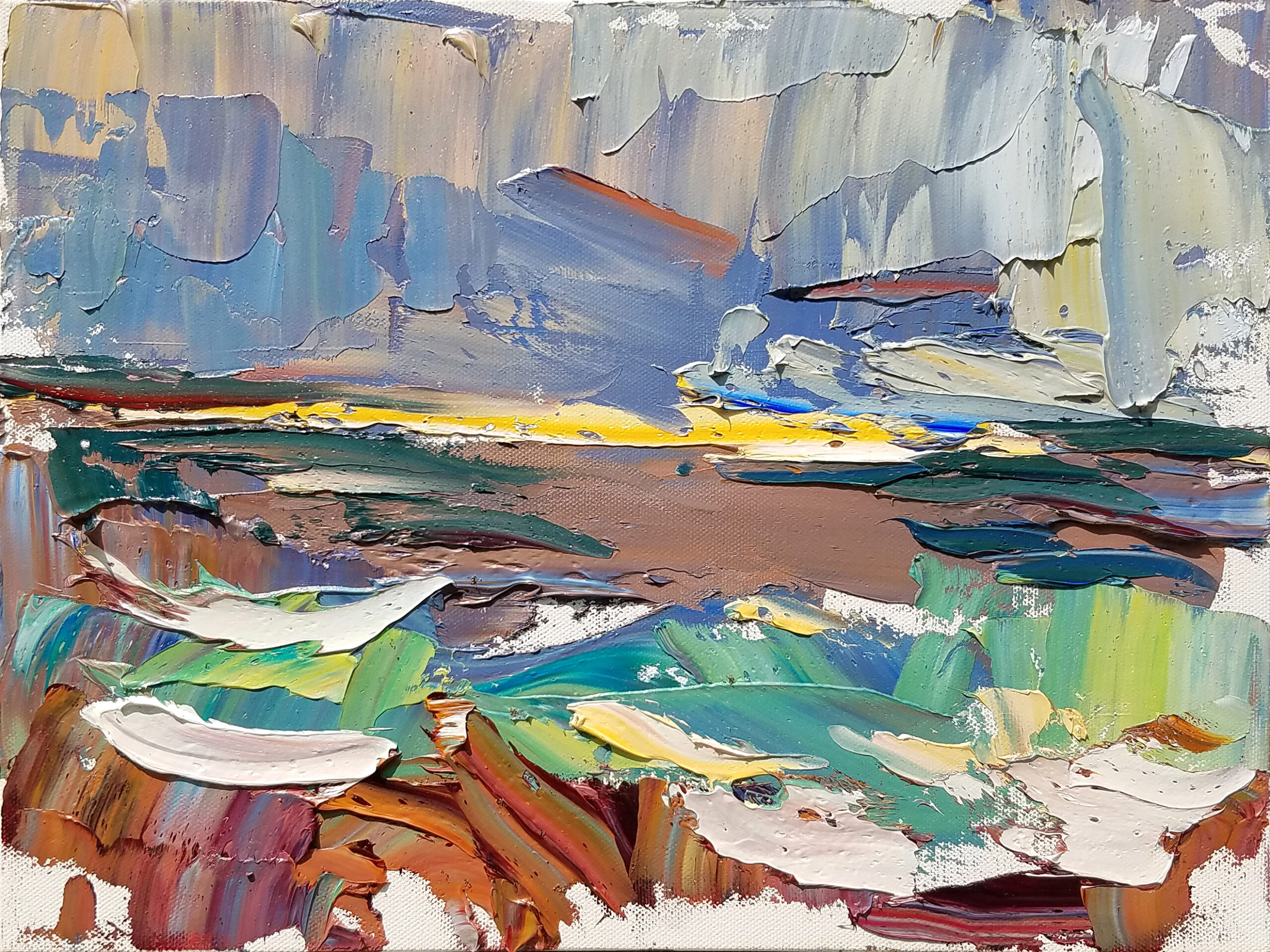 One Streak of Sunlight 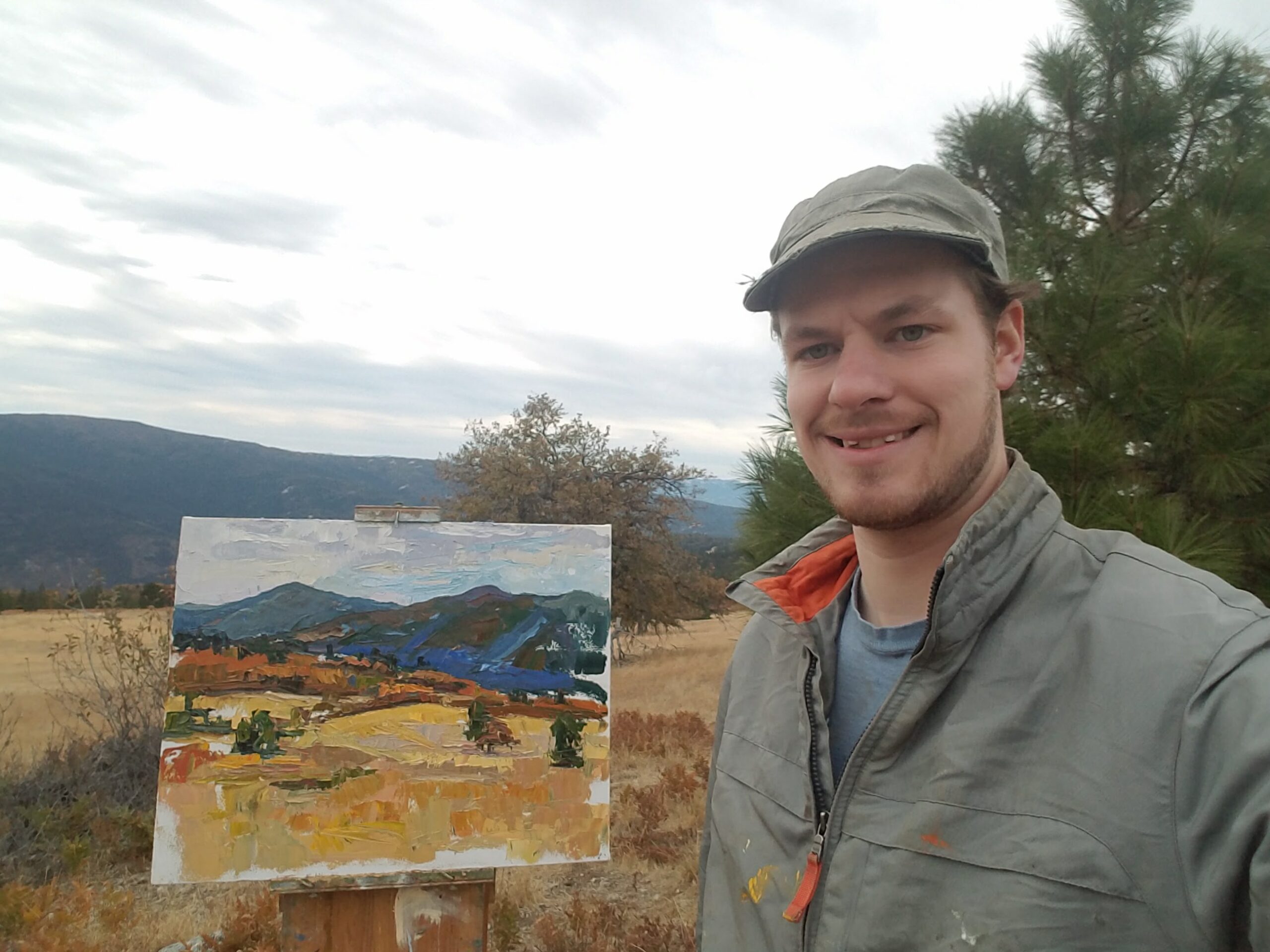 After strenuous treks on mountainous trails and deserted beaches, Gray sets up his easel as the sun is setting, capturing the fleeting golden moment of light drenching the landscape. Working quickly, he applies thick amounts of oil paint onto the canvas using a large palette knife in order to create paintings that are textured and tactile. Painting on location allows the natural elements like gentle breezes, the moisture of the fog and the birds singing to add to his impression of the place. Gray hopes to capture the feeling of an existing landscape rather than an accurate detailed rendition.

Gray was born in Anderson, Indiana and began painting at the age of 12. He began exploring his natural surroundings by painting on location with his family who were supportive of his desire to create and document. His first studio was a tiny room in the garage of his parent’s home which he says he still misses today. Gray later went on to receive his bachelor’s degree in painting from Indiana Wesleyan University. His first solo exhibition during college was at the Columbia Club in Indianapolis, Indiana and before graduation he had another successful solo show at the same location. To better understand the landscape, he went back to school to get his masters in landscape architecture from Ball State University in 2012. This provided him a deeper understanding of the landscape and its infrastructure and natural systems.

During his years in Indiana, Gray searched for abstraction in the landscape and often painted man-made structures in the environment like dams, gravel pits and landfills. This enabled him to study the breakdown of composition into simple abstract elements offering the viewer beauty in the most unlikely places.

Upon moving to the California Bay area in 2015 and discovering the array of terrains in his new environment, Gray went back to his roots and began painting plein air again. His series of paintings are about first impressions of his new environment while surrounded by the landscape he loves.